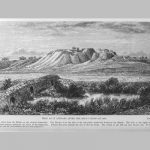 View of Troy after the excavation of Schliemann in 1879 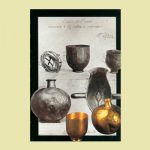 Finds from Schliemann’s excavations in Troy 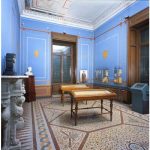 Room for Schliemann on the first floor

Heinrich Schliemann (Neubukow 1822 – Naples 1890), the son of an evangelical pastor, was forced to work from an early age to survive. Particularly skilled in international trade, he managed to create a large fortune.
At the age of 41 he left his business activities and devoted himself to archeology. In 1868 he visited Greece for the first time. The following year he married the Athenian Sofia Agastromenou (Kastrioti) , and in 1870 he settled in Athens.
Ilios Melathron was built in 1880 as the residence of the couple and their two children, Agamemnon and Andromache.

Schliemann’s great passion for antiquity is inspired by the general search for the ancient Greek spirit that prevailed in Germany in the 19th century and especially by his love for Homer, which, according to him, he had approached at a very young age.
With the discovery of Troy-Ilios and the excavation of important prehistoric cities, such as Mycenae, Tiryns, Orchomenos, a historical status was given to the Homeric epics.

His excavation and writing work gave Schliemann the title of “father of Mycenaean archeology” as it highlighted an important period of ancient Greek civilization.